Golden Pompano is a great fit for our seafood line, as its popularity transcends many different cultures from all over the world. It is packed as individually wrapped fish, with each fish IQF frozen and placed into a sleeve to keep it separated from the other fish that it is packed bulk into the 40lb masters.

Golden Pompano is a very popular species in coastal regions, and has a following from Asian, Arabic, and Mediterranean consumers throughout the U.S.. Golden Pompano is farm raised in sea cages in tropical waters off of the southern coast and Hainan Island regions of China. It has typically been sold and is most widely known in whole round form, but we are also bringing Golden Pompano in a new form to expand it to other market sectors and end users that are better versed with product in fillet form. 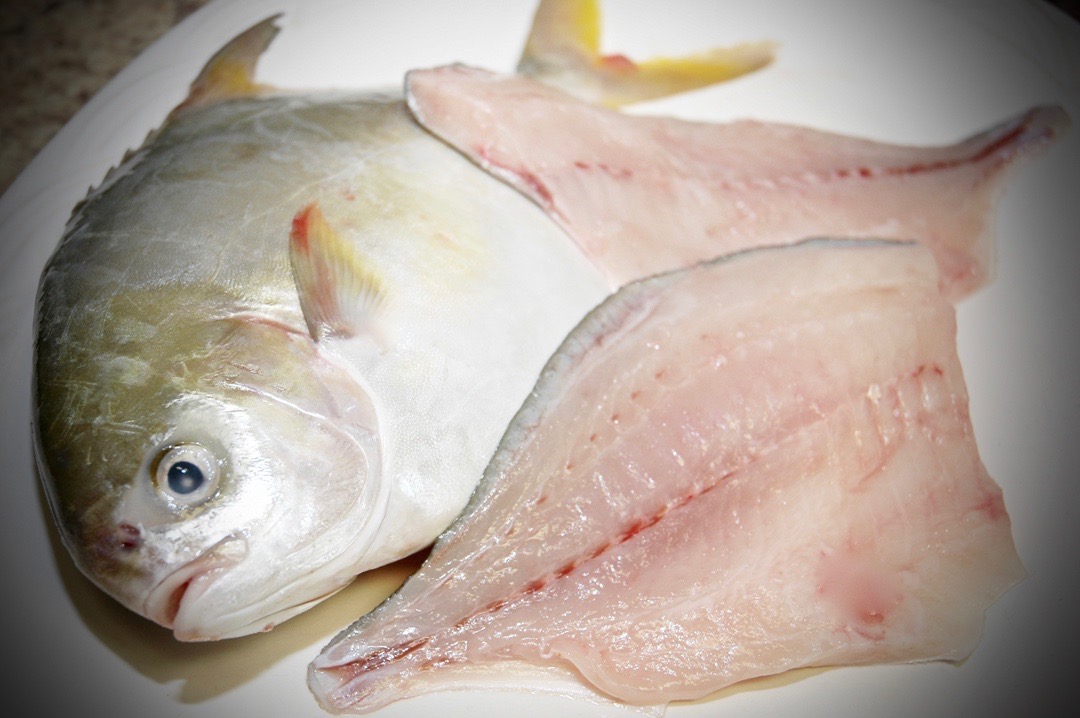 Toggle the Widgetbar
We use cookies on our website to give you the most relevant experience by remembering your preferences and repeat visits. By clicking “Accept”, you consent to the use of ALL the cookies.
Cookie settingsACCEPT
Manage consent

This website uses cookies to improve your experience while you navigate through the website. Out of these, the cookies that are categorized as necessary are stored on your browser as they are essential for the working of basic functionalities of the website. We also use third-party cookies that help us analyze and understand how you use this website. These cookies will be stored in your browser only with your consent. You also have the option to opt-out of these cookies. But opting out of some of these cookies may affect your browsing experience.
Necessary Always Enabled
Necessary cookies are absolutely essential for the website to function properly. This category only includes cookies that ensures basic functionalities and security features of the website. These cookies do not store any personal information.
Non-necessary
Any cookies that may not be particularly necessary for the website to function and is used specifically to collect user personal data via analytics, ads, other embedded contents are termed as non-necessary cookies. It is mandatory to procure user consent prior to running these cookies on your website.
SAVE & ACCEPT